Ending the Collection of Maui Reef Fish for Aquarium Trade 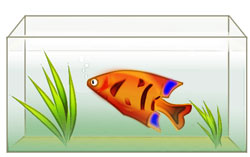 The Maui News recently published a story about a push by lawmakers to pass a bill that would ban the collection of aquatic life for sale in the aquarium trade. Keep in mind that this ban would not involve fishing for subsistence, food or traditional cultural use. That’s important to know. The ban would only affect the collection of Maui’s reef fish for sale in aquariums.

Economically, a ban like this makes a lot of sense, as the most beautiful fish are being scooped up to be sold when they could be enjoyed by those who are snorkeling, scuba diving, or even exploring tide-pools. Our reefs are an enormous attraction to visitors, and as we’ve seen in the past couple of years, the Maui economy relies heavily on its visitor’s industry. Then there are also ethical considerations. Saltwater fish require a lot of experienced maintenance and attention in an aquarium environment, meaning that many of those sold don’t last long. For their own sake, most are probably better off in the ocean where they will have a chance to breed and replenish their numbers. And besides, if you want to see them on a regular basis, you don’t have far to go for a trip to the beach!

The bills presented by the Maui legislators would ban or restrict the collection of aquatic life for the aquarium trade statewide. Maui council members don’t actually have jurisdiction over reefs and offshore areas, so the matter has to be put before the State Capitol. Maui lawmakers have been working at this for a long time, but have met with difficulty in the past. This year, they are optimistic about their proposal thanks to the higher awareness we’re seeing on the health of our ecosystem.

There is an alternative, more moderate proposal that suggests the creation of a list of species that can be collected, and a list of those that can’t. These lists would be based on the chance a species has of surviving in an aquarium environment, whether its population is healthy or endangered, and how critical its role is in the health of the reef as a whole. For example, there are some types of invasive algae that need to be kept in check by certain fish if the coral is to survive.

Now as for a love of marine life, as we mentioned above, the ocean isn’t far from any part of the island. So if you are considering the purchase of Maui real estate, you shouldn’t have a problem getting out to see these brilliant animals in their natural habitat. In fact, we specialize in Kihei real estate and Wailea real estate, both of which are beach communities, so they will bring you especially close to Maui’s exceptional reefs.