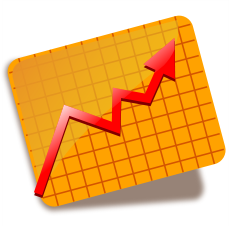 Hawaii visitor arrivals and spending were up in September, according to the Hawaii Tourism Authority (HTA). The peak summer travel season got us some impressive momentum, and September’s success is presumed to have been riding off it.

As for the actual numbers, compared with the same month last year, total arrivals were up by 8.9 percent at 538,516 visitors, while total visitor expenditures jumped a whopping 22.2 percent to $880.2 million. The spending increase is particularly important, considering that for a while there, we were getting a fair share of arrivals, but they weren’t spending enough for those arrivals to amount to much benefit economically.

Why the boost in expenditures? HTA points to higher daily visitor spending, which was 11.5 percent higher year-over-year at $185.60 per person. Visitor expenditures saw double-digit increases since September of last year.

As for our visitors, the West Coast led the charge, with arrivals up 13.5 percent to 220,683, followed by Canada, with arrivals up 13.3 percent to 15,936. Visitors from Japan slipped, however, dropping by a modest 0.4 percent to 115,166. Could this have something to do with the reports that Japanese visitors are now finding travel related employees impolite and unfriendly? Something to keep in mind, as Japanese culture may prize good manners more than any other culture in the world. Visitors from the East Coast were down as well though, by 0.7 percent to 107,237.

The HTA reported another interesting bit of information. Cruise ships in Hawaii saw just under a 5 percent increase in visitors with 21,642 more than last year.

This is all statewide information, so what about Maui in particular? Arrivals were up 12.6 percent to 151,765 visitors in September. By the way, we had the highest increase by far, with Oahu trailing behind at a 5.4 percent increase, the Big Island with an 8.8 percent increase, and Kauai with only a 3 percent increase.

Lastly, what about year-to-date numbers? From January to September, the state had 7.2 percent more arrivals than last year, for a total of 5.3 million and a 13.7 percent increase in visitor spending for a total of $8.4 billion. Things are looking much better these days.

In the market for Maui real estate? Have a look at new Maui property listings to keep up with what’s just gone on the market. We also recommend a look at our Maui real estate listings. You also might like to check out what’s available in the Wailea Golf Estates. If you have any questions or need assistance, you can find our contact information at the bottom of the page. Mahalo for reading this week!