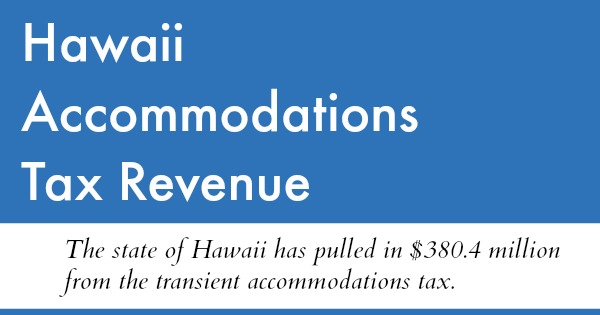 Last year was a good one for Hawaii, not just because of the visitor industry records and their beneficial impact on the economy, but also for the state’s tax revenue from those sources. If you’re thinking about buying a Maui home for use as a vacation rental for at least part of the year, you might find the following numbers interesting.

The TAT rate has been set at 9.25 percent since 2010, while the time-share unit tax rate is 7.25 percent. TAT allocations to the counties was increased by the legislature from $93 million to $103 million per year for fiscal years 2015 and 2016, but will drop back to $93 million in future years. At least that is the plan so far, but plans can change. As for the breakdown of these funds for the counties, they are entitled to different portions. Honolulu gets 44.1 percent, while Maui County gets 22.8 percent, Hawaii County gets 18.6 percent and Kauai County gets 14.5 percent.

Considering how much revenue comes from the Maui visitor industry, it’s no surprise that we get the second largest percentage after Honolulu County. Visitor industry gains are part of the reason why Maui real estate is in such demand. Wealthy and foreign buyers visit and discover the appeal.

As for arrivals, the first 11 months of the year set another record, according to the Hawaii Tourism Authority. There were 7.5 million visitors during that period, which was 0.9 percent above the record for that period in 2013. Expenditures were at $13.3 billion, which was up 2.3 percent year-over-year. Based on this information, we can see that things are moving in the right direction for the economy, provided residents can earn a good living through involvement with the visitor industry.

We hope you’ve found this week’s blog interesting! Mahalo for reading this week!