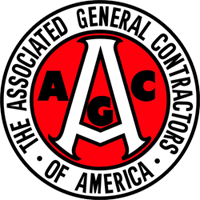 As analysts predicted, construction jobs in Hawaii grew substantially in 2013. In fact, 1,300 jobs in that sector were added, which is great to hear, not just for those who have found employment, but also for Hawaii real estate and the economy overall.

According to the Associated General Contractors of America, their latest data indicates that total industry employment in construction is now at 31,900. There’s still some fluctuation, however. For example, in November of 2012, the construction workforce was at 30,600, then in September this year, the number grew to 32,900, then dropped to 31,900 in October and remaining that way in November.

Mississippi and California had the biggest gains over the past 12 months, the latter of which is unsurprising. Indiana and California had the biggest monthly gains in construction employment. These are the kinds of states Hawaii is competing with when it comes to growth, and even though we’re not at the top, it’s good to know we’re in the top half.

We hope you’ve found this blog interesting, and we are looking forward to what the new year will bring for Hawaii and Maui real estate. Mahalo for reading this week!