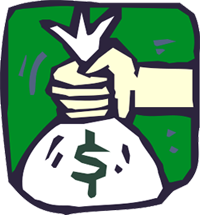 Regardless of recent national fiscal concerns, Hawaii’s Council on Revenues raised its tax revenue growth forecast for this fiscal year by 0.2 percentage points to 5.1 percent. They also predict a $400 million boost in revenue for the next fiscal year. This is good to hear, and not very surprising, as we’ve been seeing consistent improvements in our economy over the past few years, despite Maui real estate improvements being slow.

The 2014 fiscal year forecast indicates a 6.8 percent growth in tax revenue, which is a 2.9 percent increase from their past forecast of 3.9 percent growth. Yes, these are only predictions, and it is unlikely that they will be perfectly accurate, but for all we know, growth could be even higher than expected. It could be lower too, and we can always plan for the worst, but hoping for the best is important too. A positive outlook can improve many aspects of life.

According to Carl Bonham, a council member, construction and local government are the areas where we’re seeing the most significant increases. Lack of construction jobs have lagged the economy in the past, but now that sector is expected to add momentum to the economy, along with those government jobs.

As far as the largest share of economic growth last year, tourism led the charge, while improvements in other sectors were minor. Growth in tourism is expected to slow down somewhat, but small and steady increases in many sectors should boost overall growth, if predictions are accurate. As economic growth continues, hopefully we’ll see more recovery in the Maui housing market.

As always, we’ll just have to keep an eye on the horizon and see how things play out. Mahalo for reading!