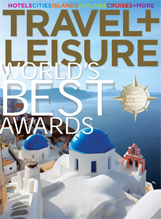 The Four Seasons Resort Hualalai won an award, as did the Grand Wailea on Maui, and also Hawaiian Airlines. The latter is no surprise, considering that it consistently leads the rest of the airlines in the U.S. in performance based on fewest canceled or late flights. The Grand Wailea has always been a beacon of luxury on Maui, so this win is no less surprising. As South Maui real estate specialists, we can certainly say that Wailea is located on what is arguably the most beautiful oceanfront area on the island, thanks to its typically calm weather and stunning beaches.

Interestingly, the Grand Wailea earned two awards. Most exciting was its rank as the number one spa in Hawaii. The second award was its rank as the 10th best family hotel in the U.S. and Canada region. If you’ve ever seen the artfully winding river that their pool system emulates, you’ll understand why it would be a major favorite of kids who love swimming.

The voting placed Hawaiian Airlines at the third best in the U.S. out of ten.

If you’ve vacationed at the Grand Wailea or another South Maui hotel and you’ve finally decided that a vacation just isn’t enough, we can help you find the perfect beachfront Maui condo, or South Maui home. If you need any assistance, you’ll find our contact information at the bottom of the page. Mahalo!