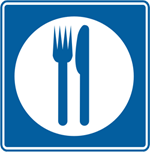 When the Andaz Maui at Wailea Resort & Spa opens in the summer, we’ll have a very interesting addition to South Maui developments, this time in the restaurant industry. The star of “Iron Chef” and “Iron Chef America” will be opening a restaurant there.

Competitive cooking shows have become a sensation in recent years, along with all manner of reality TV programs, but now you’ll get to judge the food of Masaharu Morimoto for yourself. He’s teaming up with Andaz to create Morimoto Maui, which is his first restaurant on the island and the second statewide, according to the resort’s general manager, Michael Stephens.

The restaurant, which was designed by Rockwell Group, will include a 57-seat dining area, a 56-seat outdoor terrace and a 23-seat terrace bar. It will be open daily for lunch and dinner under Morimoto’s direction, and will feature Japanese and Western cuisine.

For those of you who aren’t familiar with his work, Morimoto’s achievements transcend television programming. He also has a restaurant in Philadelphia, at the Taj Mahal in Mumbai, in Tokyo and also in New York. An interesting spread of locations, isn’t it? He himself is from Hiroshima, and he trained in a sushi restaurant before moving to the U.S. in 1985 at 30 years old. He worked at several restaurants before the highly esteemed Nobu restaurant in New York City, and that was when “Iron Chef” producers found him and made him a part of the show.

If you’re a visitor, the next time you’re in the South Maui area, after the summer of 2013, you should stop by and check out the restaurant. If you need any real estate assistance, you’ll find our contact information at the bottom of the page. Mahalo!