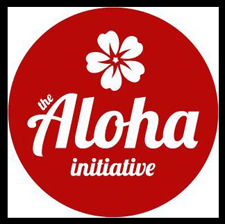 In the wake of Japan’s earthquake, tsunami and nuclear crisis that took place in March, Hawaii has sent millions of dollars in aid to assist those who are suffering. There have been so many great, successful efforts on the part of Hawaii citizens, due partly to the fact that Hawaii has a close relationship with Japan, and the Japanese ethnicity and culture have strong roots here.

Thanks to the devotion of many who are just as sympathetic today as when the tragedy struck, an organization called the Aloha Initiative has been created for the purpose of providing hospitality to those affected by the disasters. So far, residents of Maui and Oahu have opened their homes to individuals and families from Japan who have suffered as a result of at least one of the disasters in March.

Most recently, the Maui News published a story about 45 Japanese citizens who arrived on Maui for rest and recuperation, including some who lost their homes, a family member, or their entire family. Those who are participating in the Aloha Initiative opened their homes to show their hospitality, support and empathy to those who have suffered. This is an especially difficult time for many Japanese citizens, and a little extra sensitivity and kindness is surely something that will be appreciated. Those who were interviewed expressed their appreciation for the beauty of Maui, and the welcoming spirit shown by their hosts and others involved in the program.

Japanese visitors were greeted with leis at a reception at the University of Hawaii Maui College where they met their host families, and that was after they arrived in Oahu, were greeted with a hula performance, and met Governor Neil Abercrombie and Maui County Mayor Alan Arakawa, who is the honorary chairman of the Aloha Initiative.

The visitors from Japan will stay for up to ninety days with their host families, which are located on both Oahu and Maui. None of this would be possible without the support the organization received from corporate sponsors, individuals, churches and community groups like the Japanese Cultural Society of Maui. To learn more about the Aloha Initiative, visit their website at alohainitiative.com.

Are you looking for real estate on Maui? We recommend that if you are interested in beachfront Maui condos, you check out Ma’alaea beachfront condos. If you need any assistance, you’ll find our contact information at the bottom of the page. Mahalo!