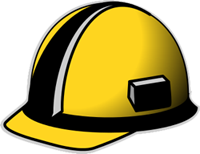 Those of you who are interested in keeping track of South Maui developments may have heard of the Honua’ula luxury golf community which was planned for Wailea. That project has come up in the news recently, addressing the affordable housing units that were to be included and built before the project’s other components.

What does the Honua’ula project consist of, specifically? It includes 670 acres above the Wailea Resort in South Maui. About 370 acres or 55 percent of the site will be for residential use, single-family homes will comprise 260 acres, multi-family homes will include 110 acres. This means that out of 1,400 planned residences, 60 percent are multi-family and 40 percent are single-family. Housing density will be 2.1 units per acre, and affordable units will comprise 20% of the housing mix.

As for commercial uses within the project, which will be located in the Village Mixed Use Subdistrict, there may be a real estate sales and management offices, a grocery store, retail shops, restaurants, a gas station and others. There will be an 18-hole homeowner’s golf course.

At least that’s what the plan is, according to Honua’ula representatives. The question that is being asked is whether they still plan to get the affordable units built before the rest of the project. Representatives answered yes to that, but they informed the Land Use Commission that they didn’t have plans to begin construction in the near future, their reason being that since the Maui County Council approved the necessary zoning change needed for the project in 2007, the economic downturn and subsequent funding challenges slowed things even more than the normal delays associated with state and county approvals.

The issue is that back in 2007 when the zoning change was approved, the Council was assured by Honua’ula representatives that the promised 250 affordable housing units could be built off-site immediately, but that was before the recession. Representatives of the project assert that they fully intend to build the affordable housing units before any units within Honua’ula are built. As for whether the community should be bothered by the delays under the circumstances, that’s up to each of us to decide.