The Present and Future of Clean Maui Air 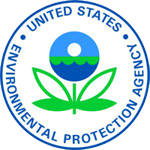 The subject of air quality at Haleakala National Park has come up recently, and most people from the mainland might laugh, considering how much cleaner the air is in the middle of the Pacific than in most other states, but we do have a volcano next door, on the Big Island, and there are some man-made emissions too. The beauty of the island influences us in many ways you might not expect. For example, Maui homes are often smaller than those on the mainland, but that’s because we don’t have to hole up inside under heaps of snow in the winter months. Cabin fever isn’t an issue when the beautiful sky and ocean beckons us outside. Environmental health is crucial here.

The question on the table with the EPA was whether to impose restrictions on man-made pollution since we can’t control or predict vog from the volcano. Their assessment concluded that the main source of “visibility impairment” comes from the volcanic activity at Kilauea. They are interested in air quality and visibility of Haleakala National Park and Hawaii Volcanoes National Park because the Clean Air Act requires air quality protection plans for national parks and wilderness areas in the U.S. Fortunately, everyone understands that trying to keep the air clear around an active volcano is silly, but here on Maui, we can’t claim that vog is the only factor impacting our air.

Most man-made air pollutants on Maui come from Maui Electric Co.’s coal-fired generators, agricultural burning and emissions from vehicles, aircraft, and ships. The EPA did not find it necessary to implement pollution controls for Maui through 2018, but Maui-based environmental groups have pointed to agricultural burning as significant. It’s true, burning sugar cane does produce big clouds of smoke, and isn’t great for visibility or health.

According to the EPA, however, the future is looking good. Based on the existing requirements under the Clean Air Act, Maui will see a net reduction of man-made emissions of sulfur dioxide as the county works toward its goal of getting 70 percent of energy from renewable sources. Far less fuel will need to be burned at the power plants, and what they burn should be cleaner. They also pointed out that emissions from the downtown area blow away from Haleakala National Park, and shouldn’t impact visibility. Considering one of the plants is in the Ma’alaea area, the long-term reduction in pollutants should be great news to those who want a Ma’alaea condo or home, as well as current property owners in that location.

If you are interested in learning more about the proposed Hawaii Regional Haze Federal Implementation Plan, visit www.epa.gov. For more information, call the EPA’s Region 9 Air Planning Office at (415) 947-4107.