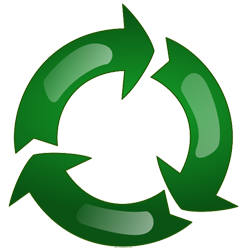 Larry Ellison recently announced some of the details of his plan for the neighboring island of Lanai, which is part of Maui County. There’s been an awful lot of buzz surrounding his purchase of 98 percent of the island, especially considering his ambitious history and his status as CEO of Oracle Corp. It will take time for his plans to be actualized, but considering his strong emphasis on green energy and cutting the cost of energy, Hawaii will benefit if he is successful.

The green energy plans involve a next generation two-way power grid that will incorporate solar photovoltaic energy, wind energy and liquefied natural gas. He also intends to use solar and wind power to desalinate sea water so that it can be used to resurrect Lanai’s agriculture. Lanai’s nickname is the Pineapple Isle, because its economy was once largely driven by the production of that crop, but now the island’s primary economic driver is tourism.

According to Ellison, Lanai is a “special case” that can demonstrate the economical qualities of green energy. When the island’s agricultural output is sufficient, he plans to fly products from Lanai to Honolulu, and finally to Japan, so that food from Lanai would be served in restaurants in Japan and China in only a few days.

For now, we’ll have to wait and see how things play out with Ellison’s plans. As with all innovative and ambitious projects, there are certainly going to be some speed bumps along the way, but who better to go through this trial and error process than someone with a vast amount of capital to back up their efforts? The future of Lanai should be an interesting learning process for all of us, and Ellison’s successes in green energy development and desalination could end up as the model that the rest of the world follows. As Maui real estate specialists, we hope his strategies pave the way for major strides in reducing energy costs, which is something that many South Maui home owners are involved with.

Mahalo for reading this week, and don’t forget to check in each Friday for our latest blog post!