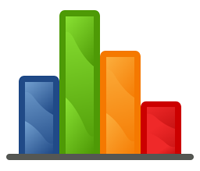 According to a recent report by the state Department of Business, Economic Development & Tourism, unemployment rates fell significantly in Maui County during the first quarter, thanks to job growth, particularly in the visitor industry. The unemployment rate was 5.6 percent, as opposed to 6.9 percent in the same period last year.

How do these percentages translate to people? The number of unemployed individuals was 4,300, which was over a thousand lower year-over-year. There was a net gain of 1,700 jobs for a total of 68,500, and that was a 2.5 percent increase compared to the first quarter last year.

If you are considering a move to Maui, but you are interested in the viability of the economy for your own fiscal purposes, you might like to know the breakdown of gains in losses in jobs by industry. Accommodations added 400 jobs, food services/drinking places added 400 jobs, natural resources/mining/construction added 250 jobs, while transportation/warehousing/utility added 200 jobs. The remaining 600 jobs fell into the other services category. Information, retail trade and manufacturing sectors lost 100 jobs each. As for the public sector, the government added 150 jobs for a 5.6 percent federal hiring increase and a 1.6 percent state hiring increase.

As we mentioned earlier, the visitor industry has been performing well, with a 13 percent increase in visitor arrivals by air from international destinations for a total of 147,036.

Hawaii’s overall economic performance is expected to outpace the rest of the U.S. through 2014, and we are looking forward to all this positive growth, which is sure to have a positive impact on Maui real estate. We hope you’ve found this information inspiring as you plan your future here on the island! Mahalo for reading!